* Organization of Federation of Protestant Reformed Churches in the Philippines 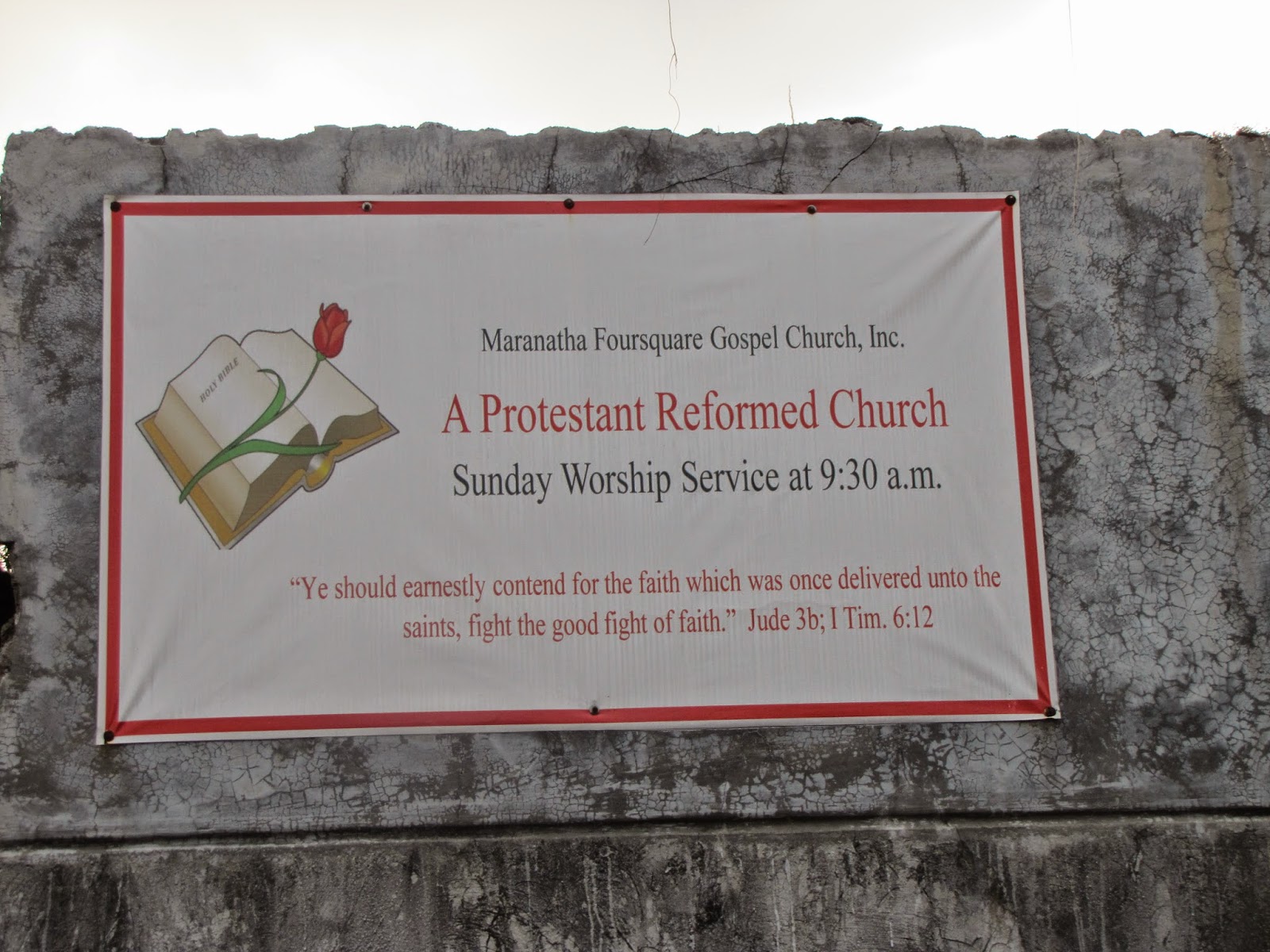 Maranatha PRC, one of the churches we are currently working in, generously offered the use of their church building for the event.  It was centrally located for those involved, so worked out well. 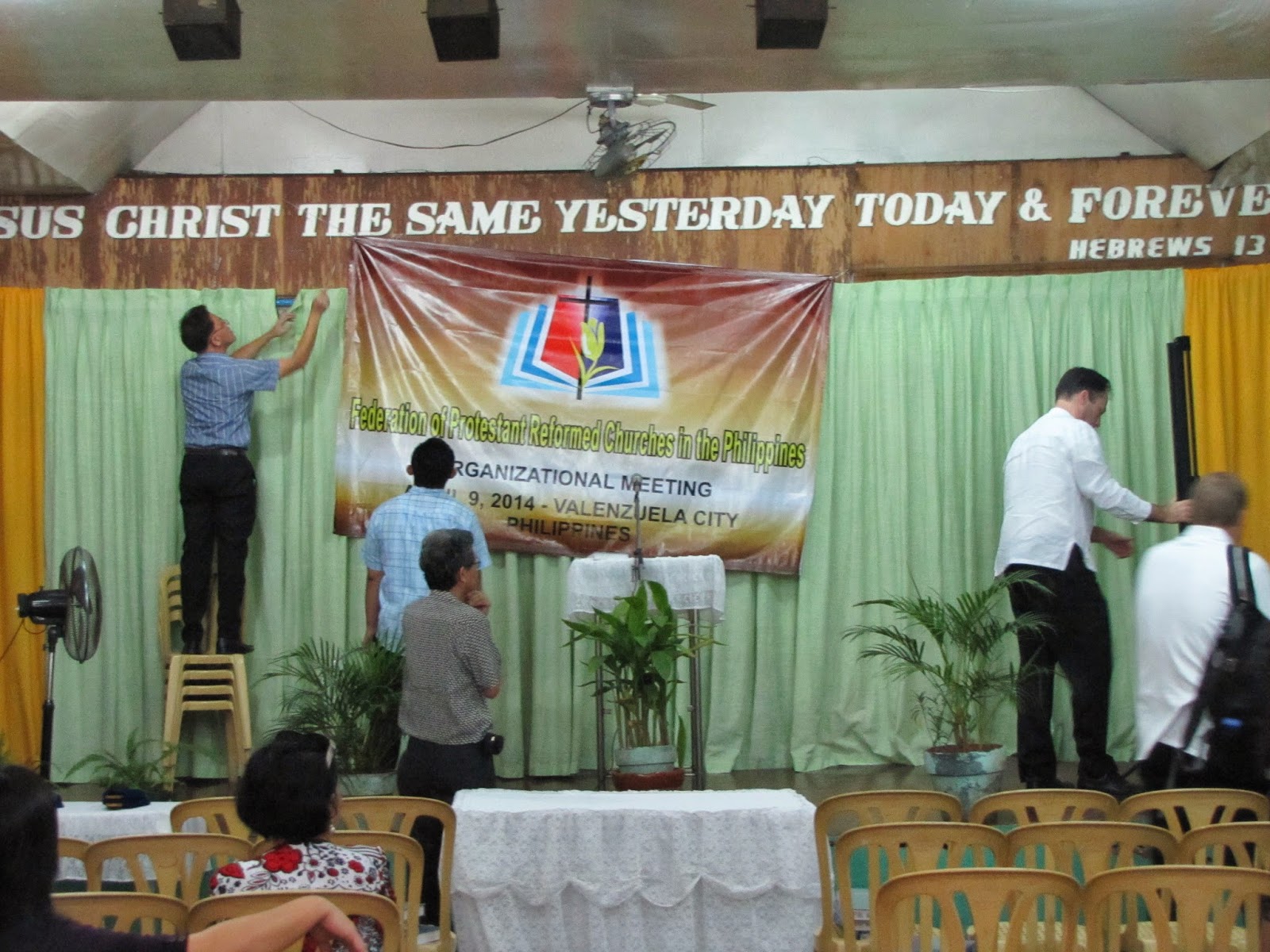 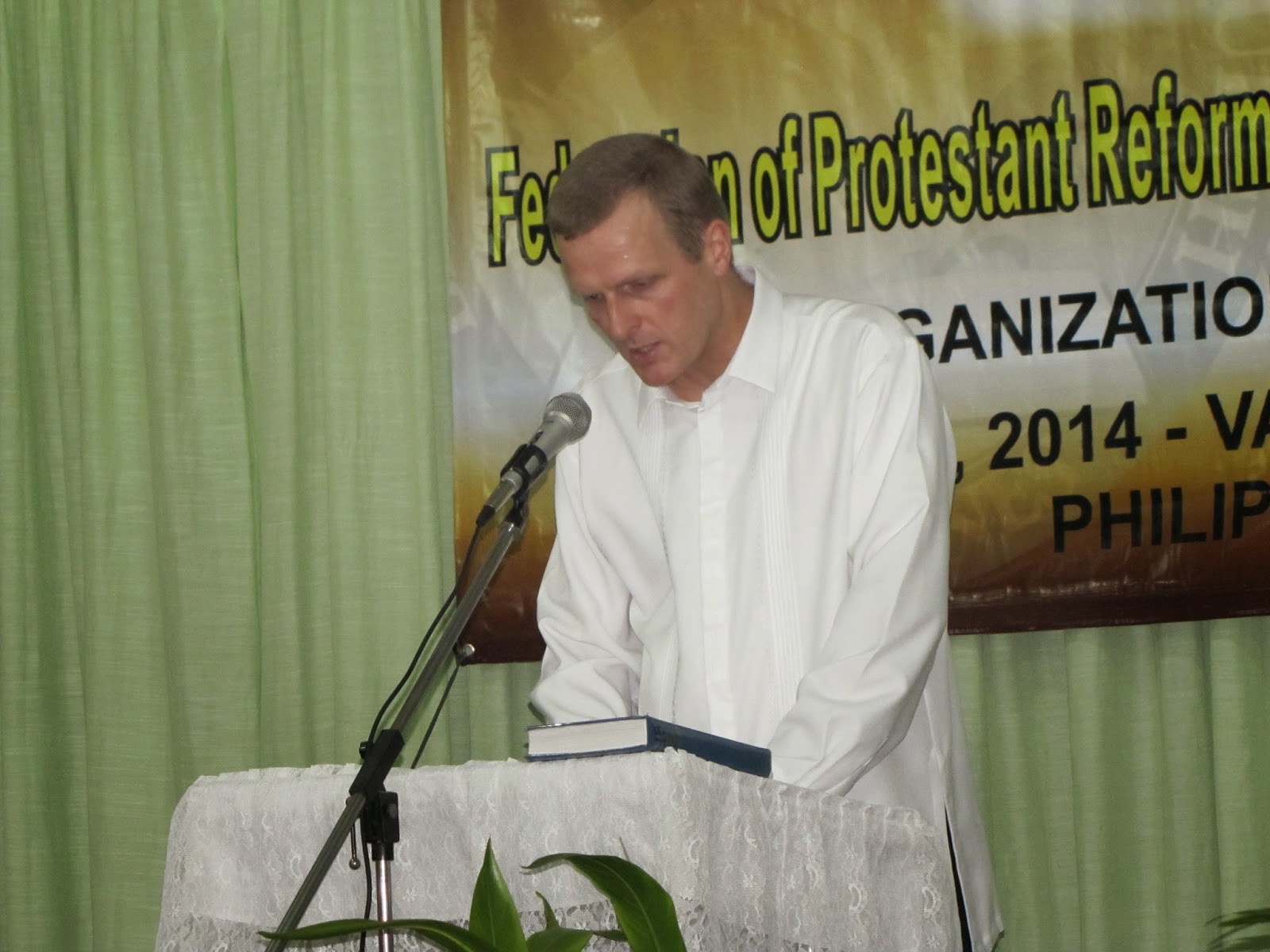 After opening devotions and singing, Rev. Kleyn gave a meditation on I Corinthians 15:58.  "Therefore my beloved brethren, be ye steadfast, unmoveable, always abounding in the work of the Lord, forasmuch as ye know that your labour is not in vain in the Lord." 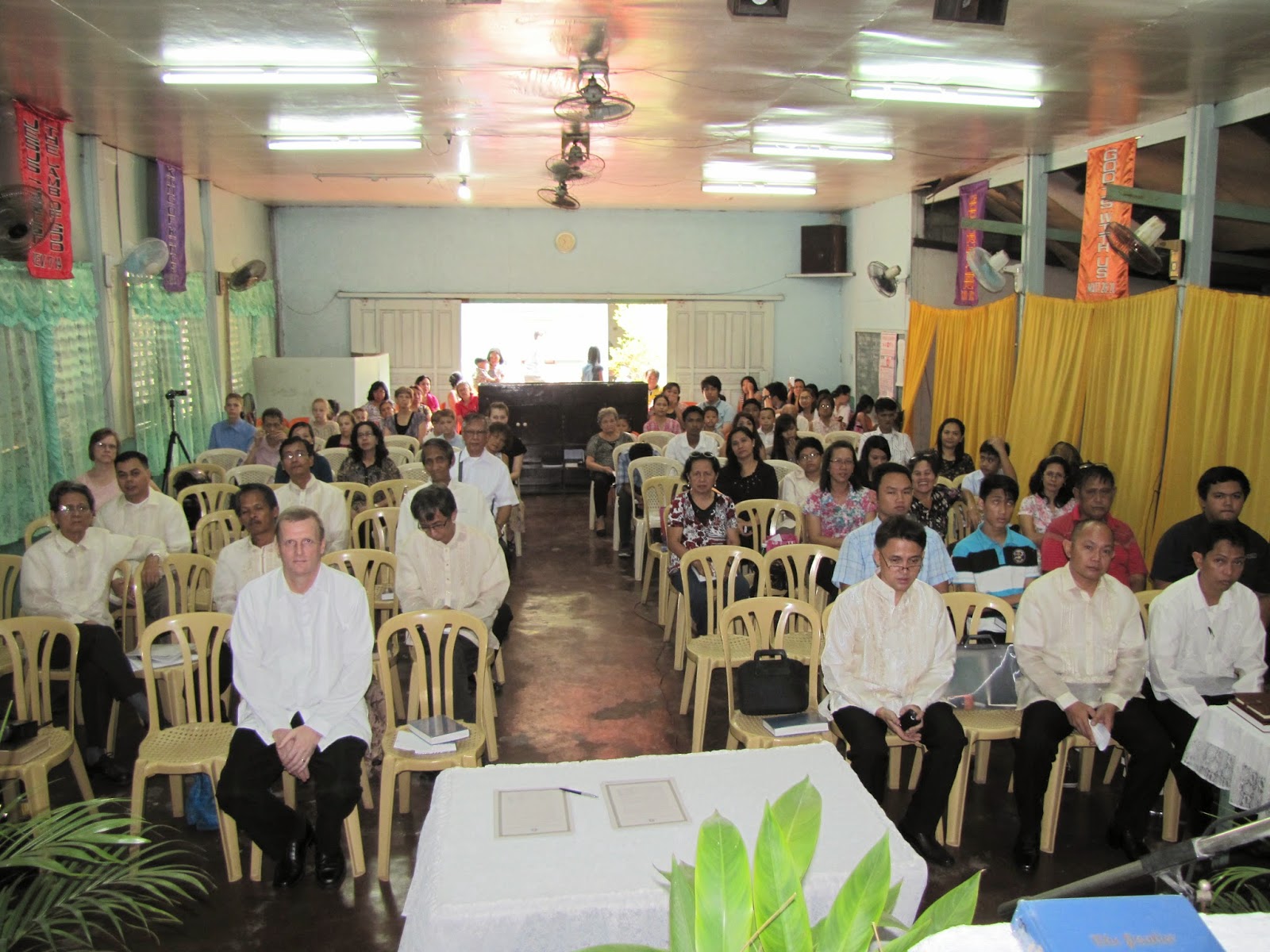 The gathering, including members from the two churches, many children and young people, as well as many friends, made for a day of good fellowship.

After the meditation by Rev. Kleyn, there was the reading and signing of two different documents by all the members (ministers, elders and deacons) of the two consistories.  First The Declaration of Agreement was signed, in which is stated the basis of unity and the purposes for the Protestant Reformed Churches in the Philippines.  Then the Formula of Subscription was signed, in which all the office bearers promise to uphold and defend the confessions of the churches. 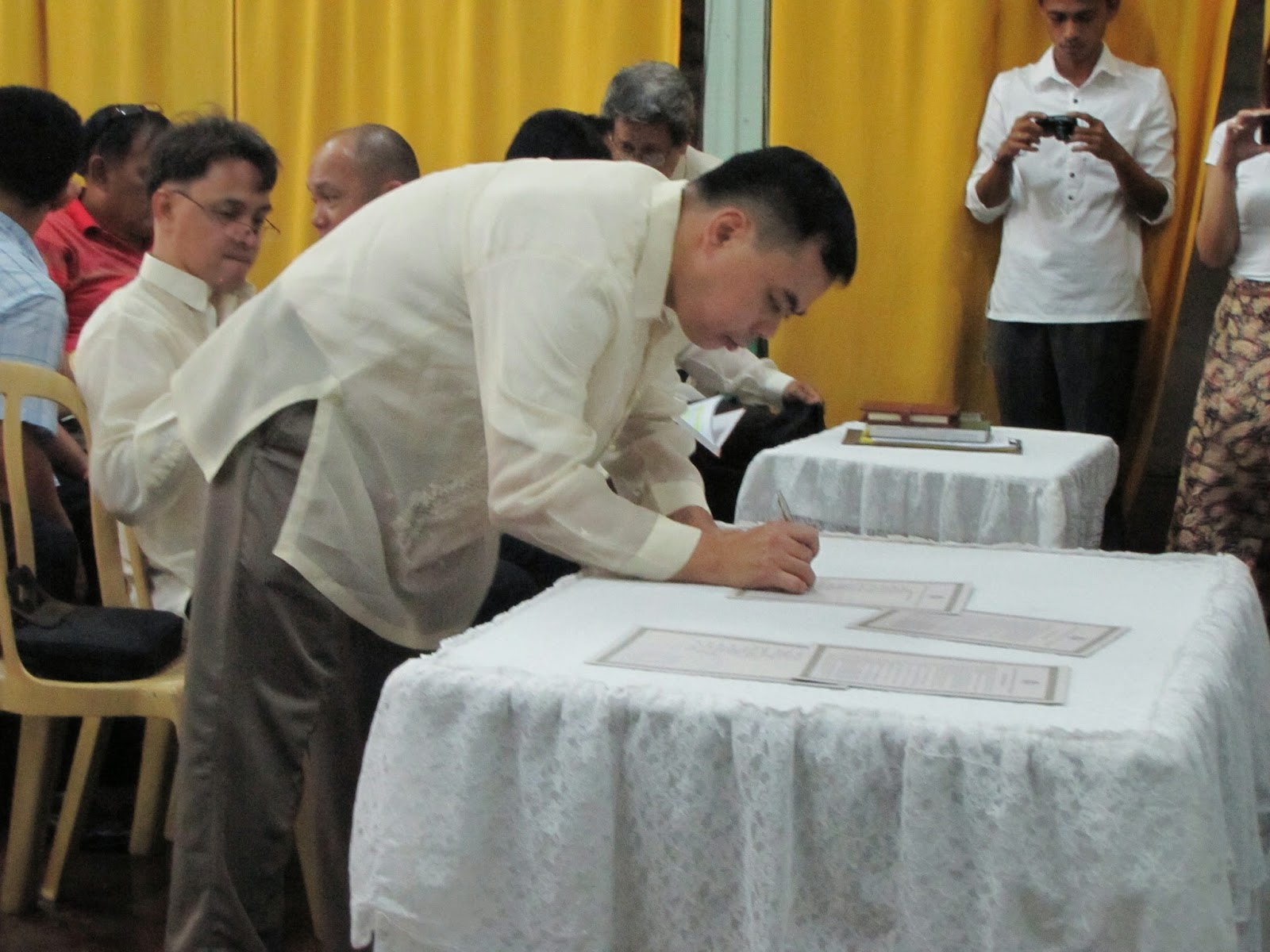 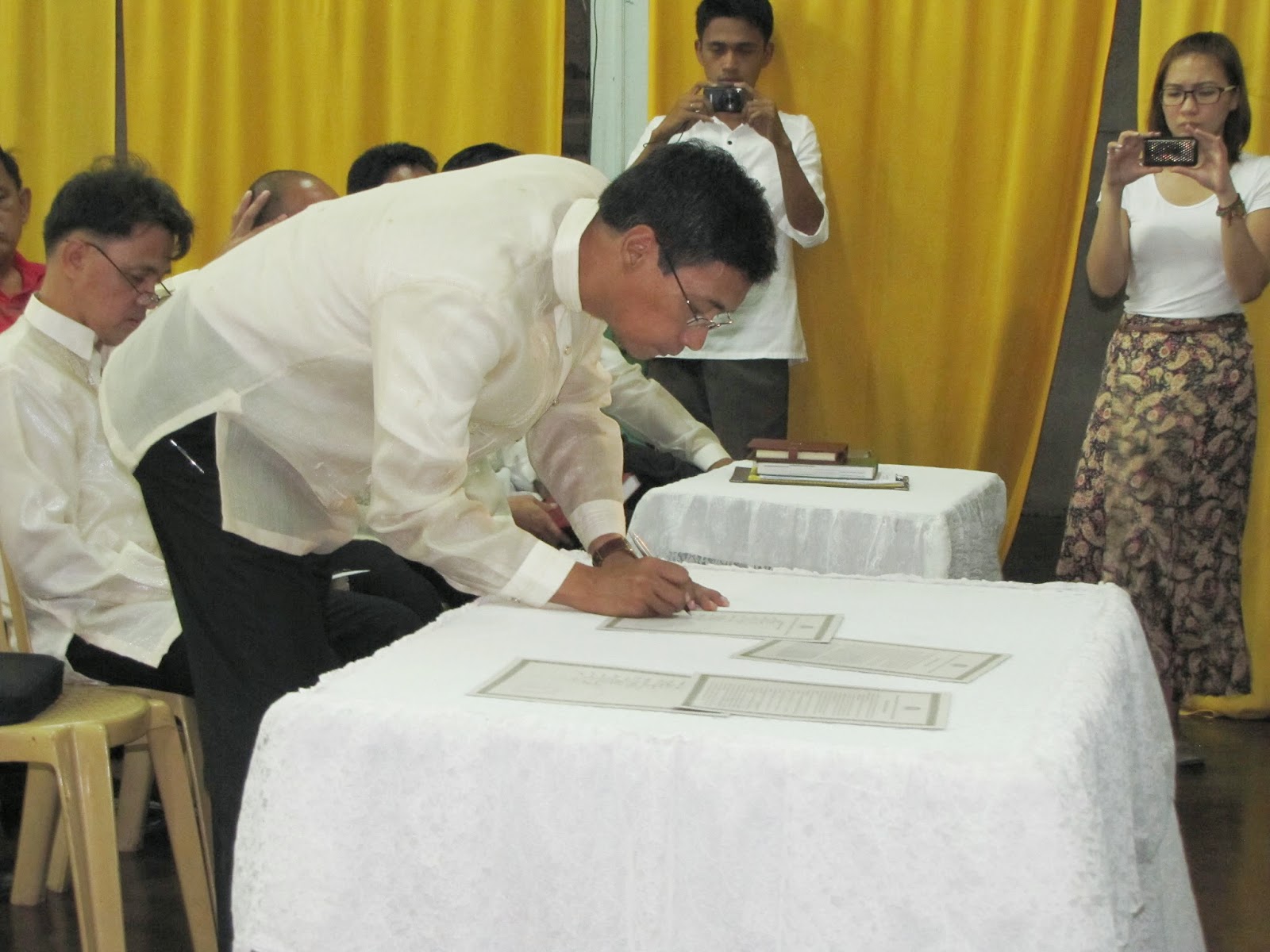 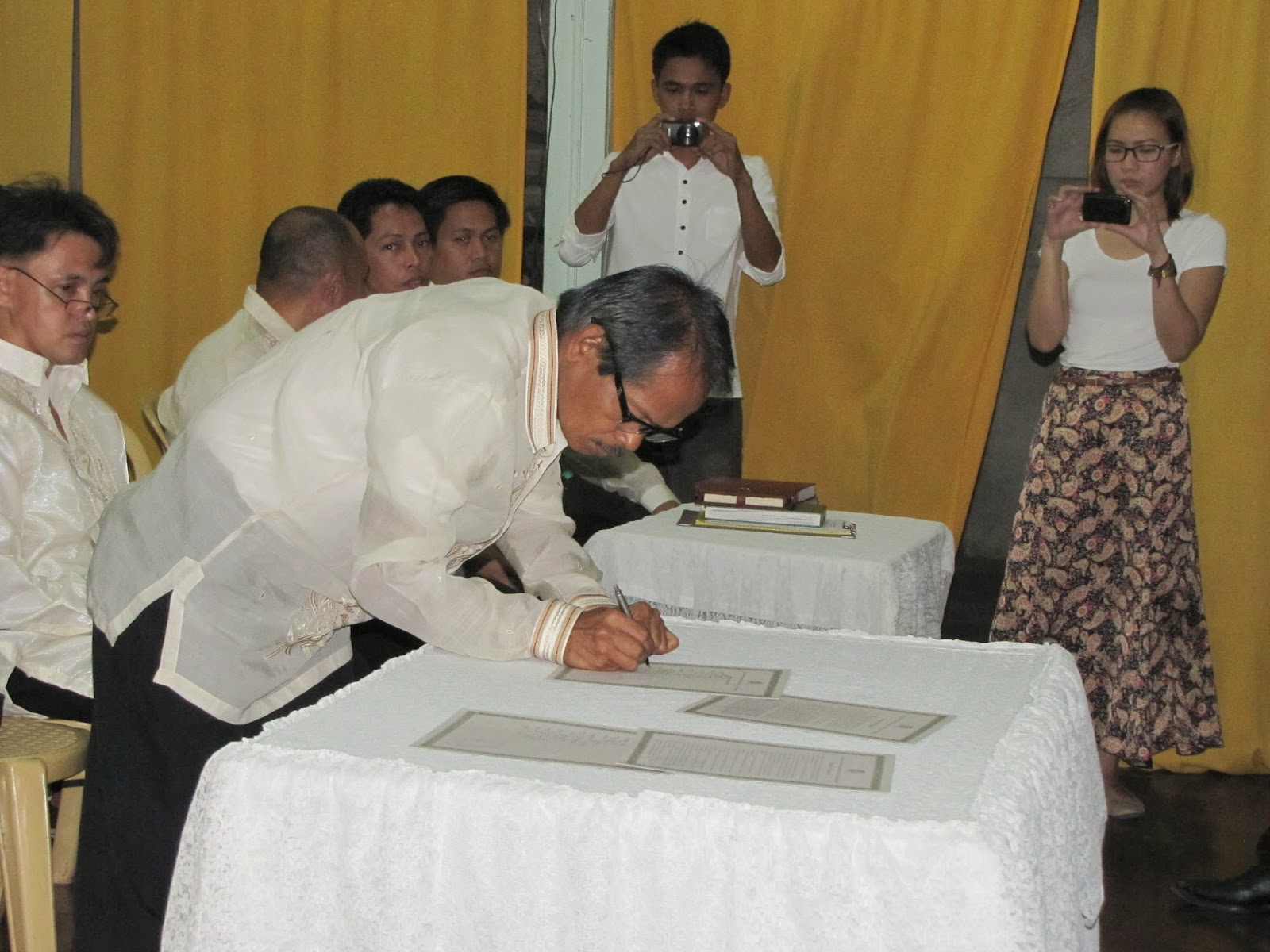 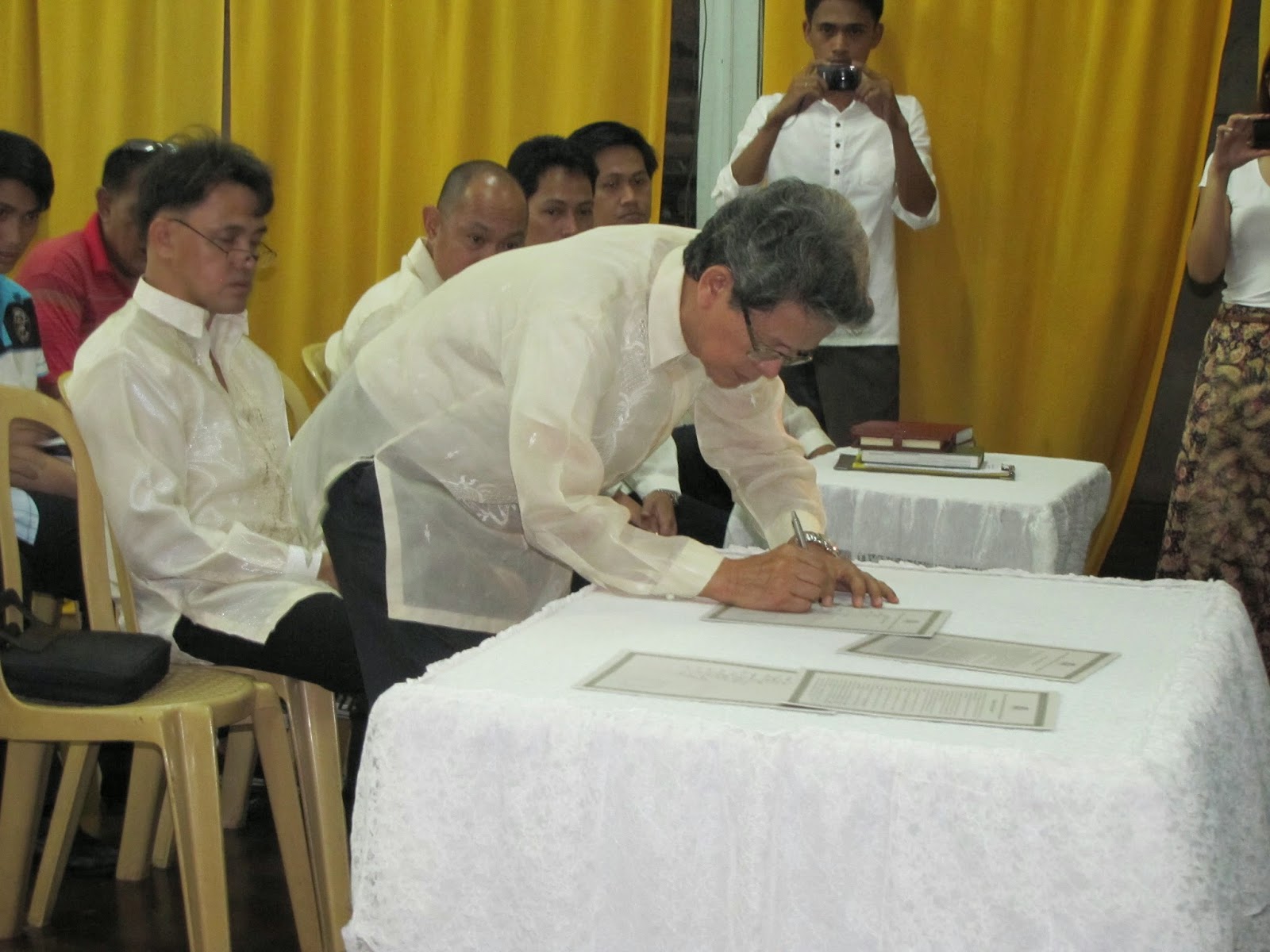 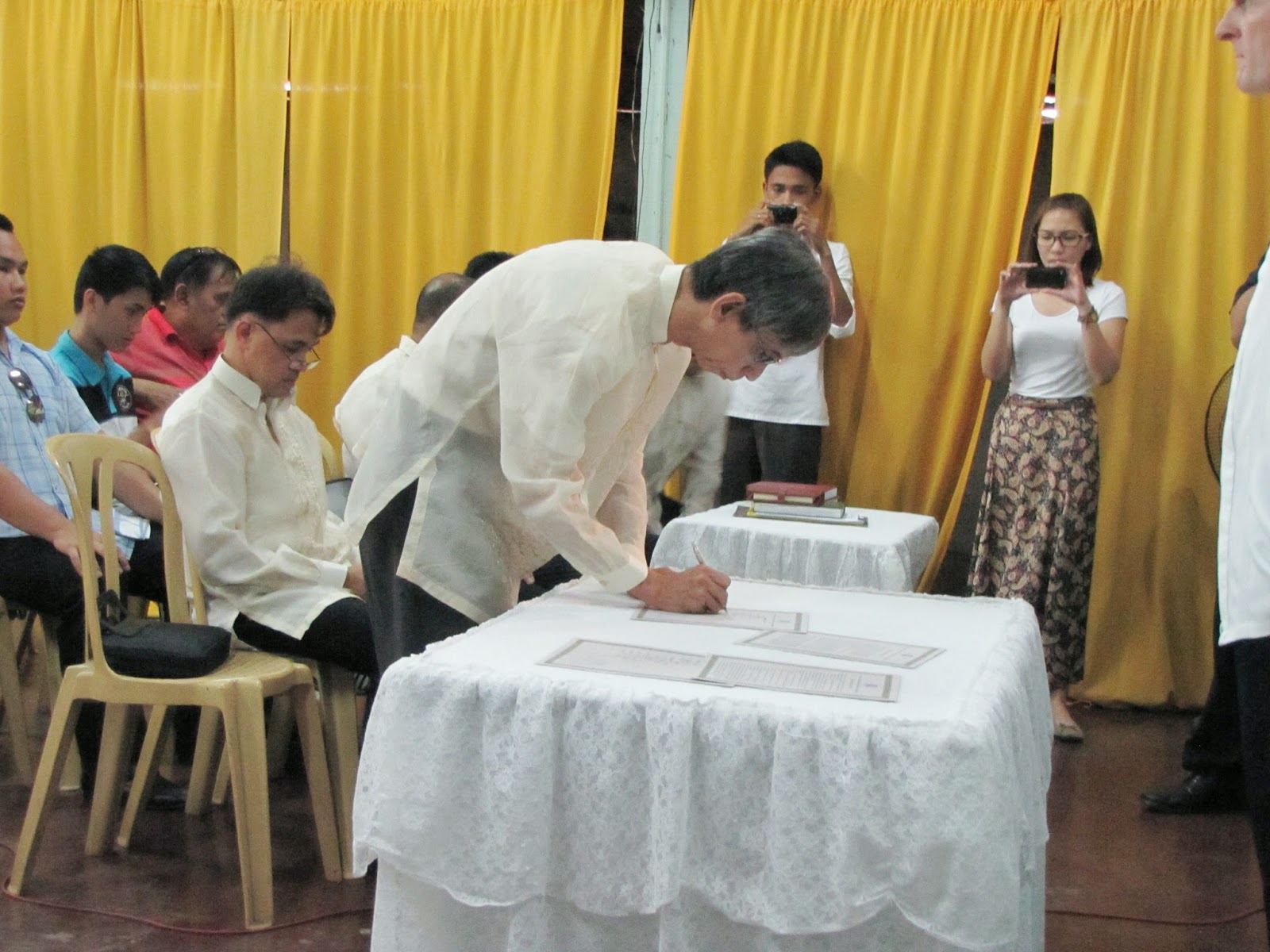 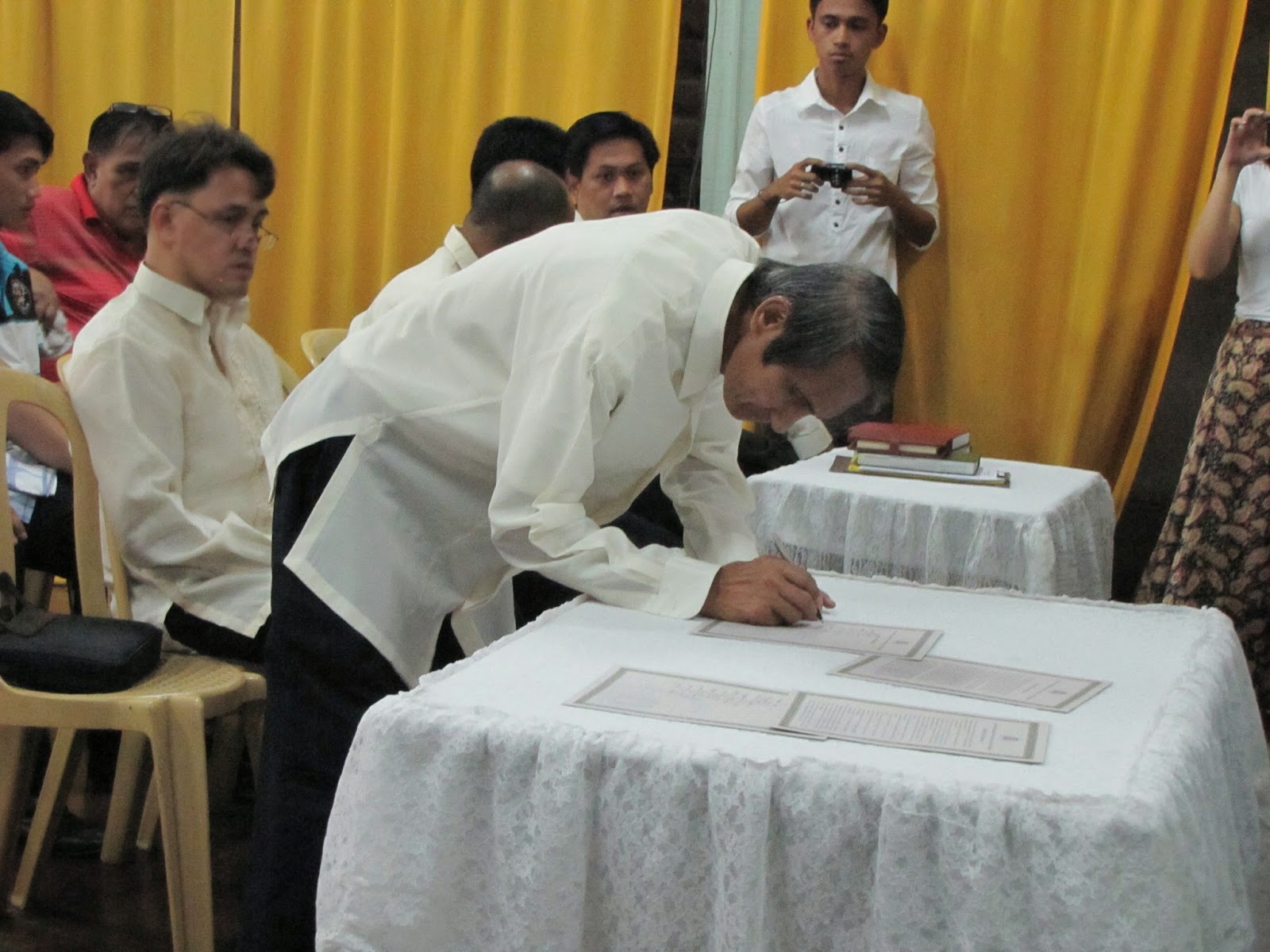 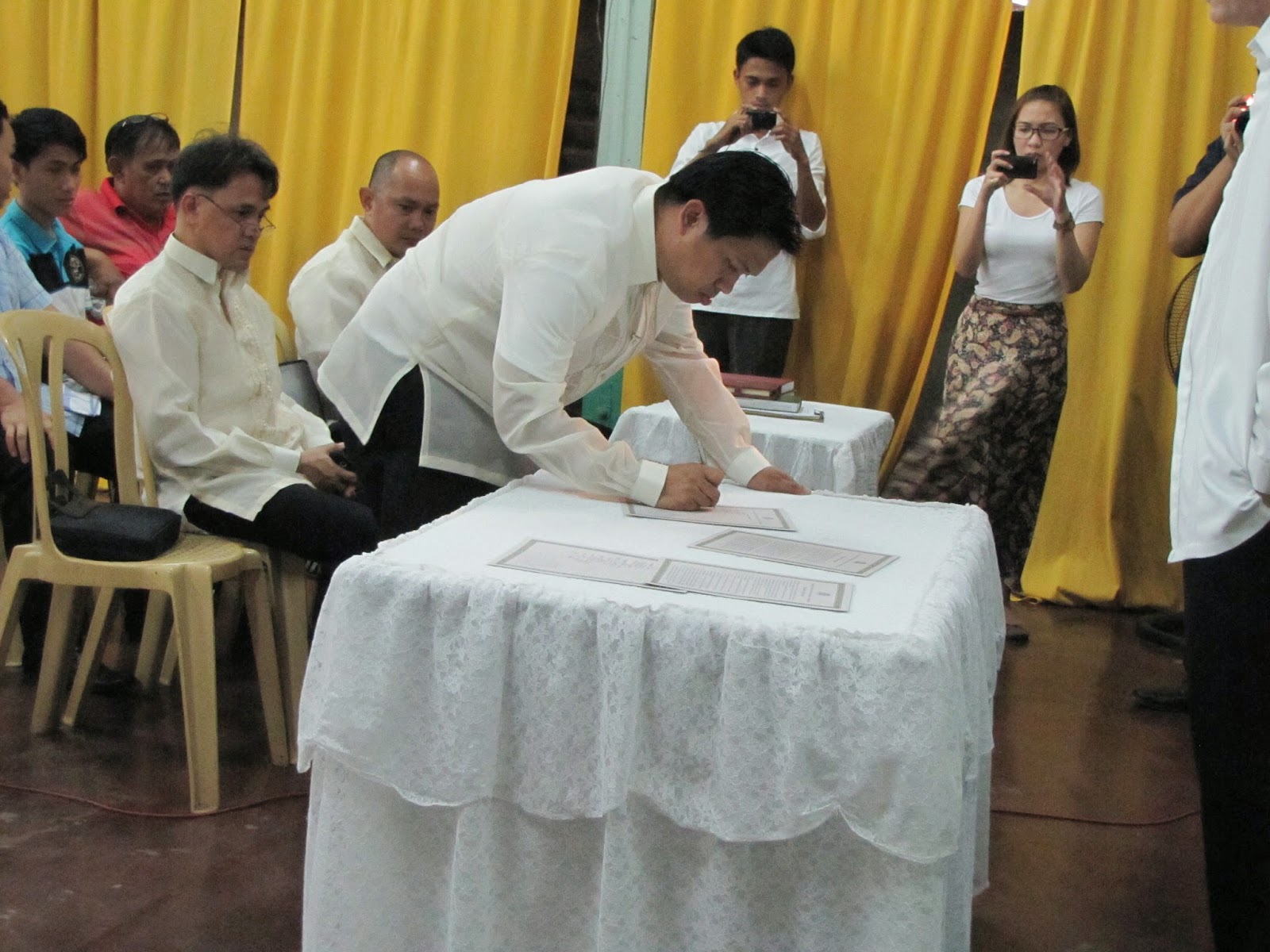 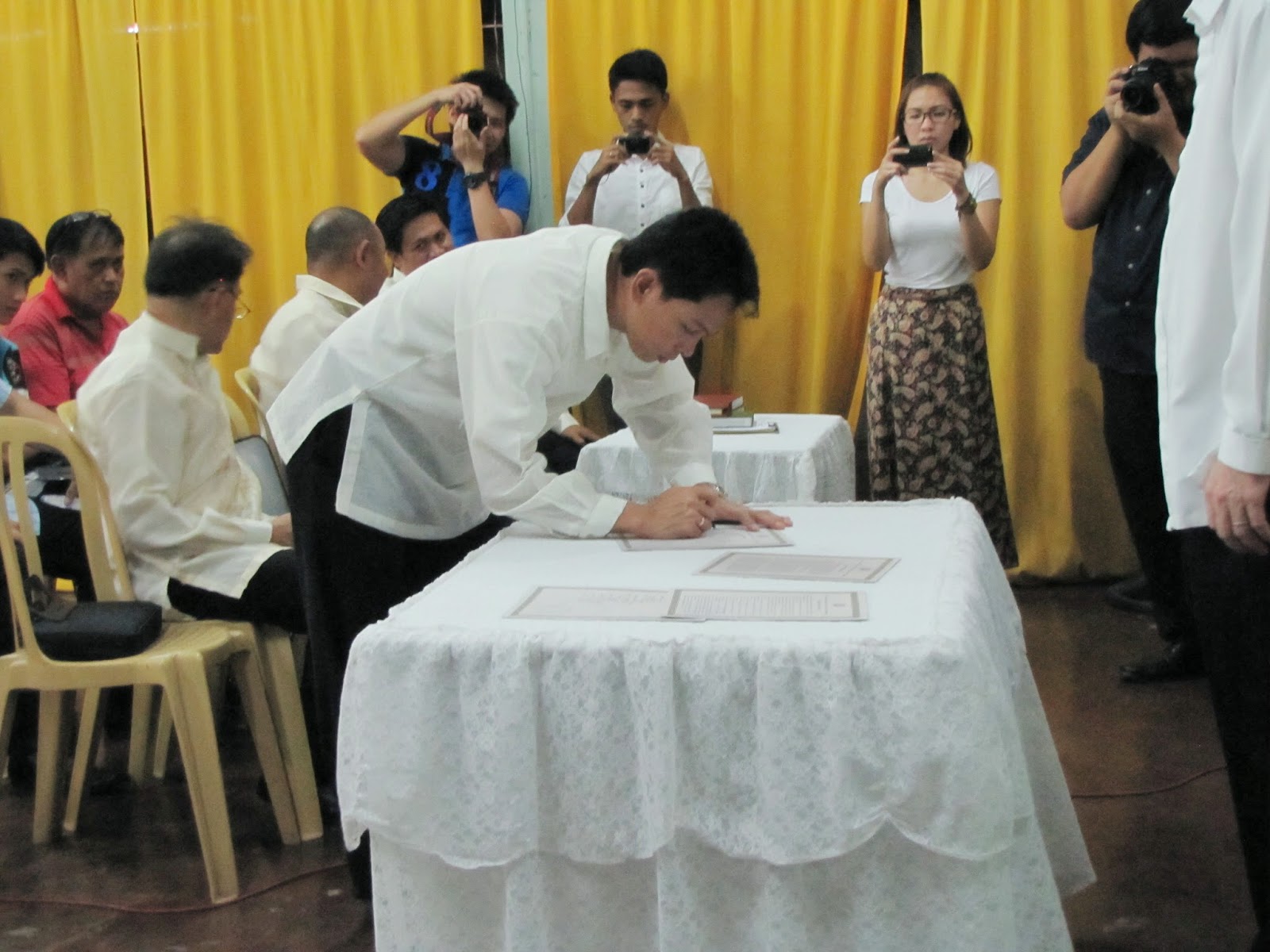 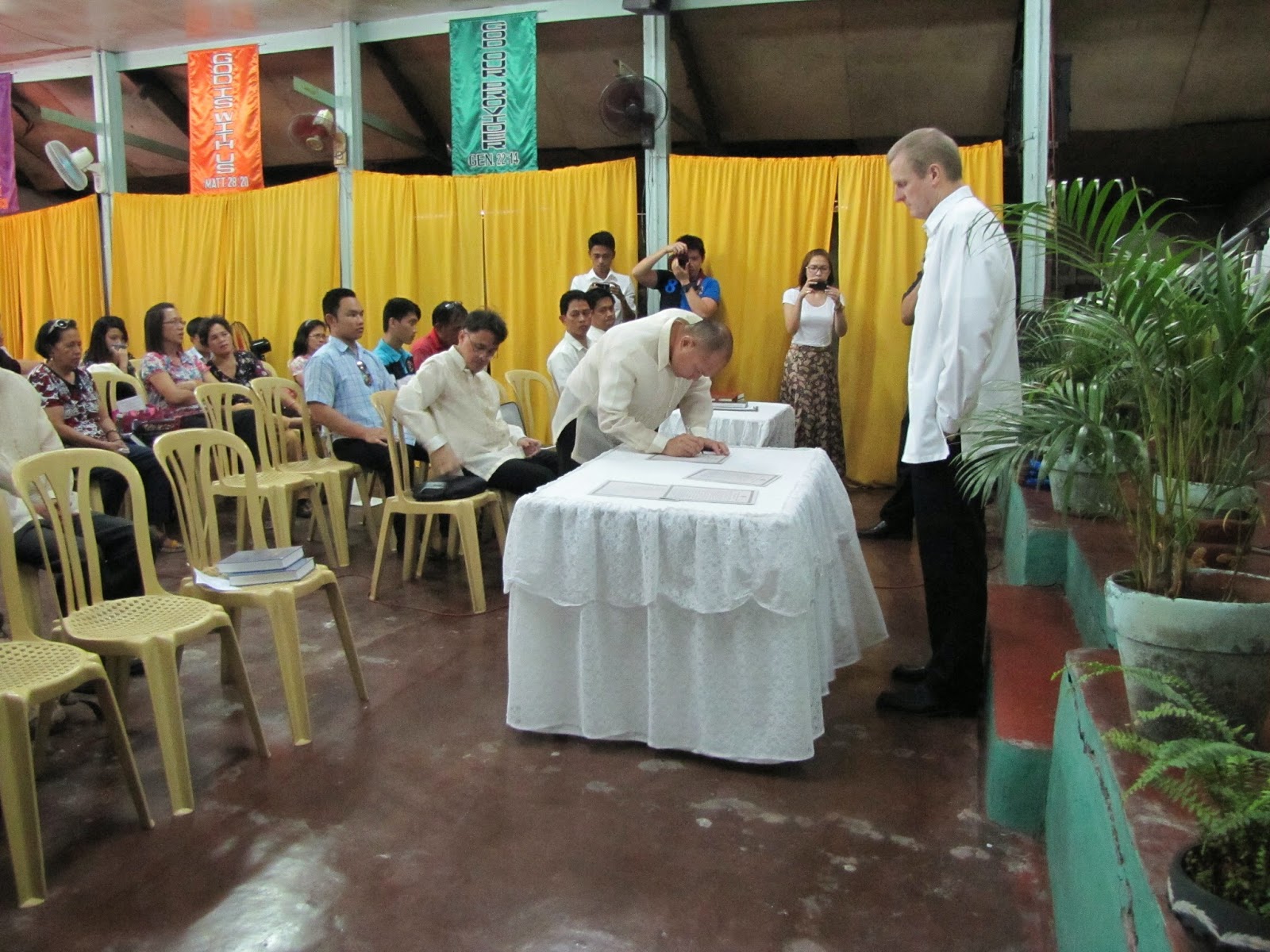 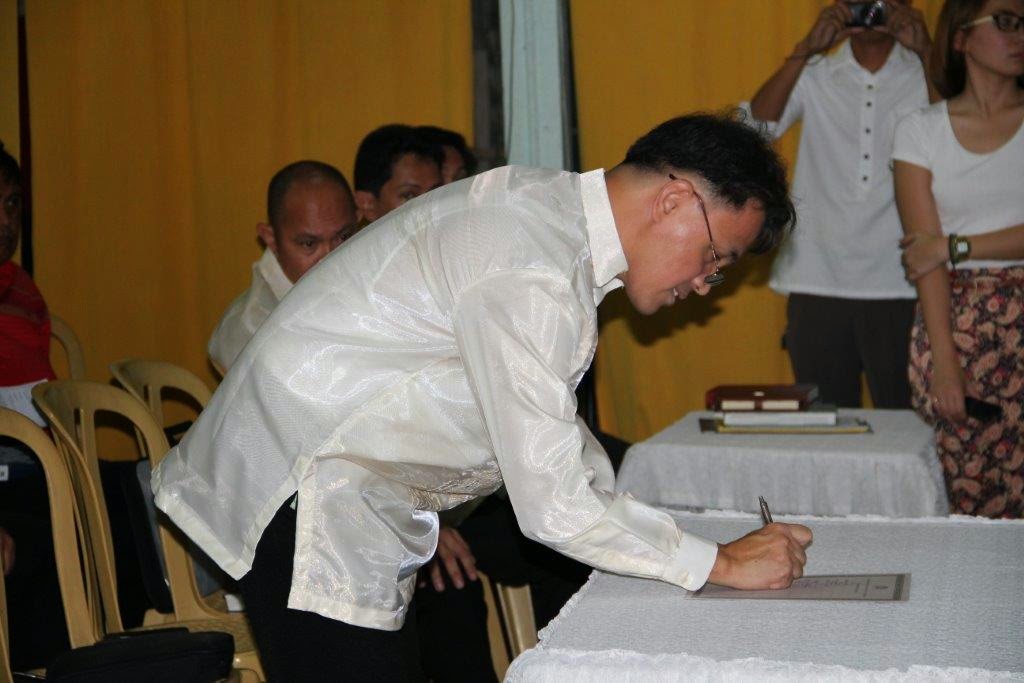 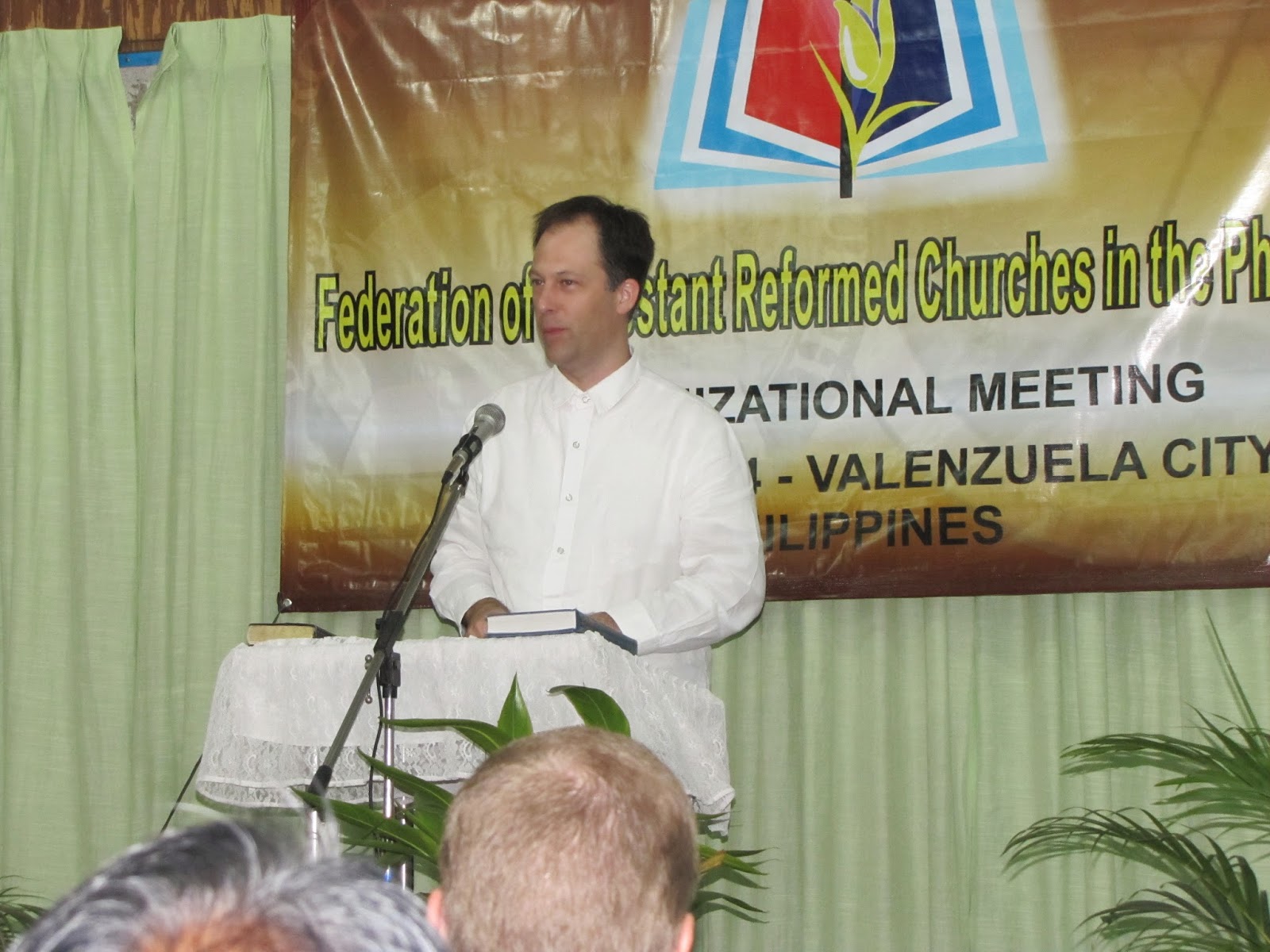 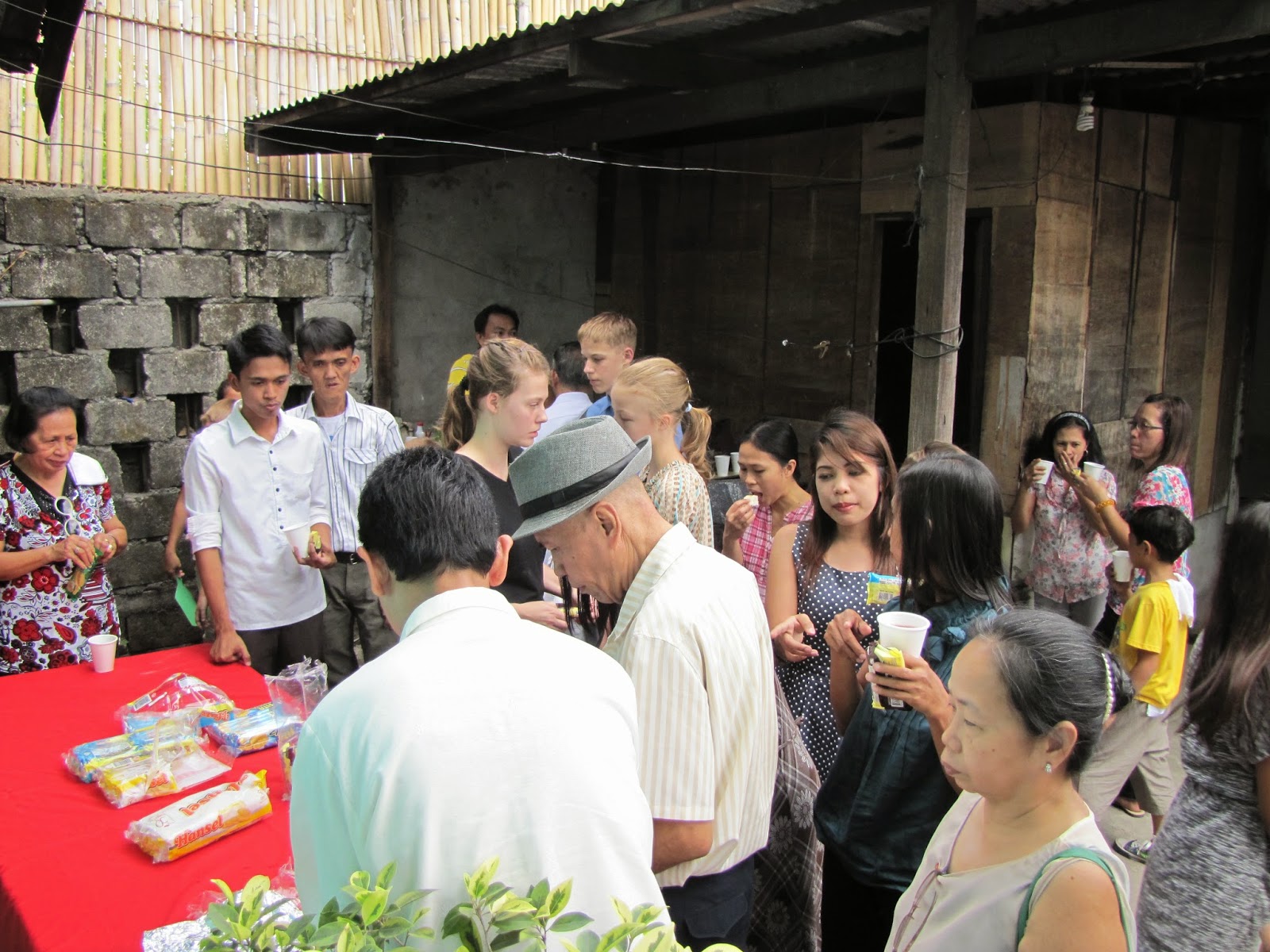 There was also much time for fellowship during the coffee and lunch breaks. 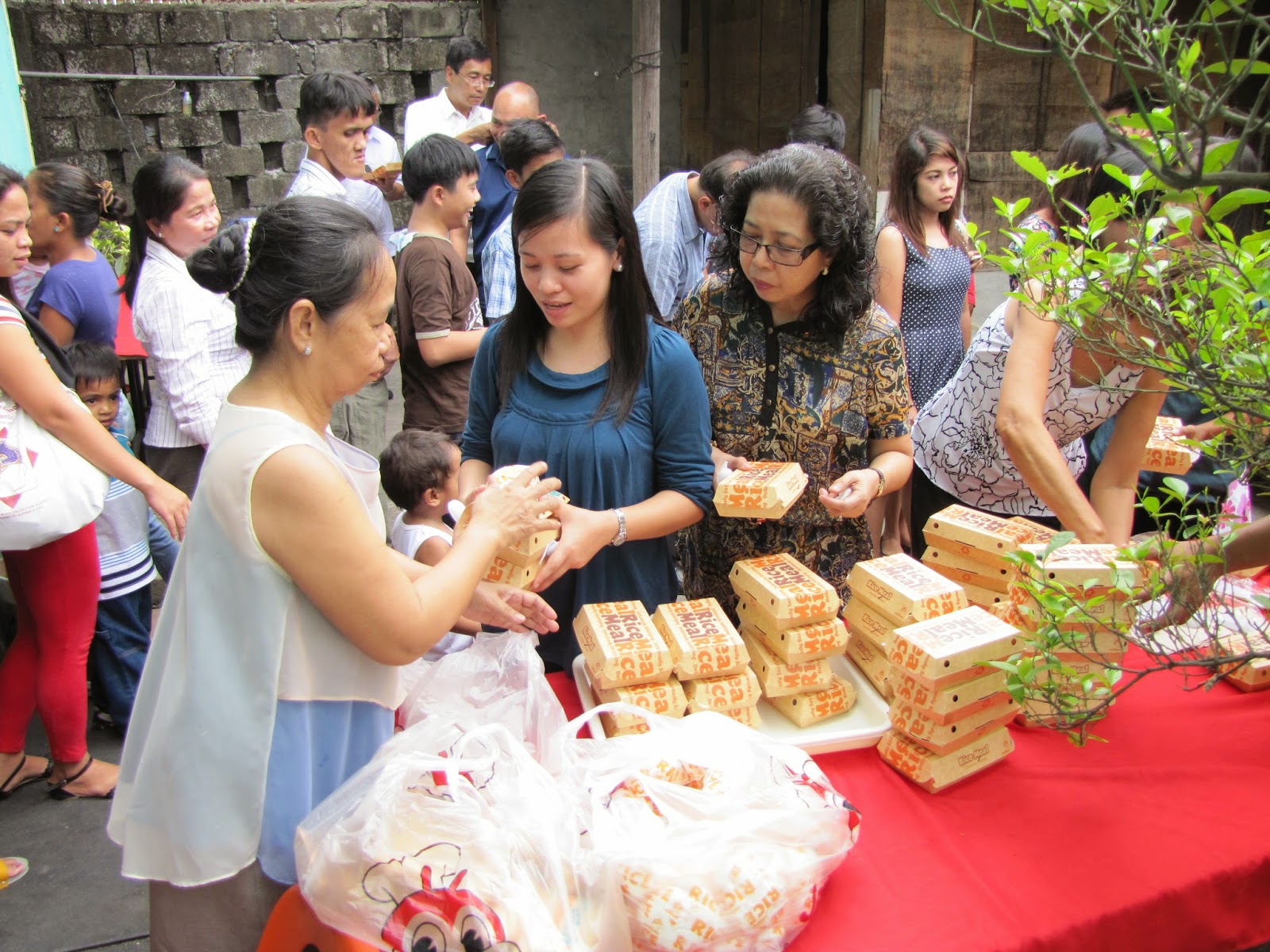 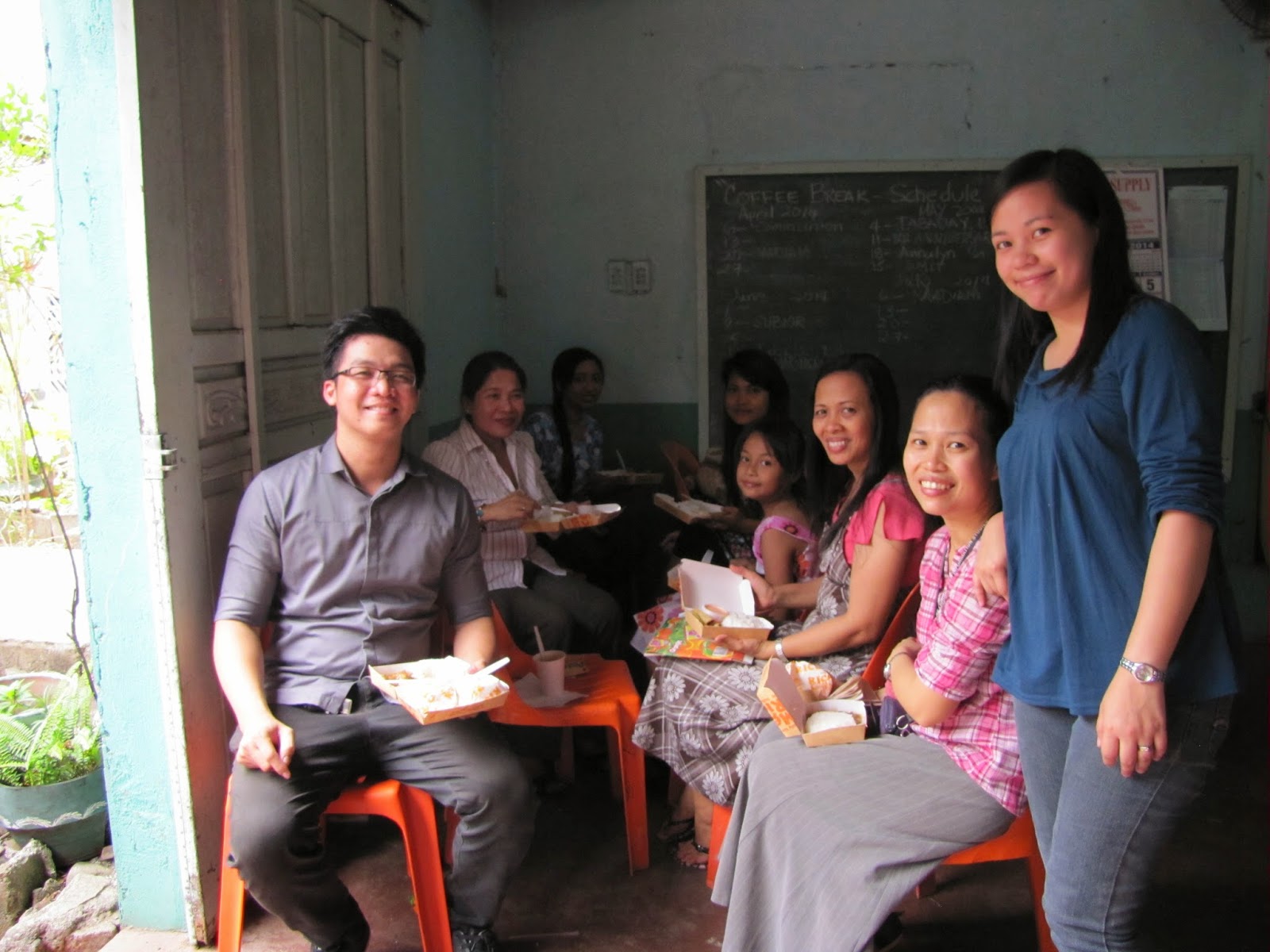 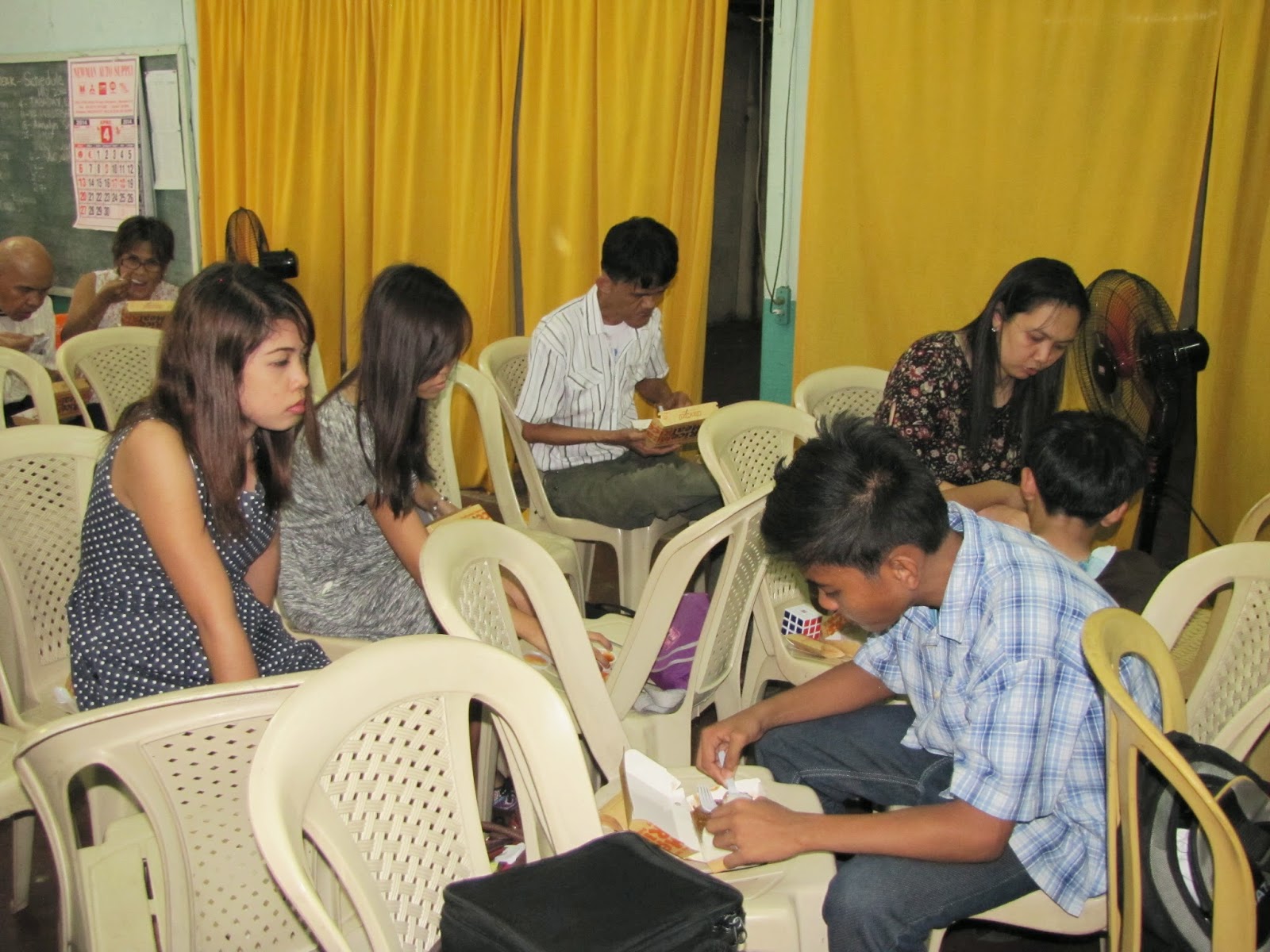 We then proceeded to the second part of the day.  The office bearers gathered for the first Classis meeting of the new denomination, while the rest of us were allowed to observe the proceedings.
At the meeting, the Rules of Classis were adopted, officers, standing committees and church visitors were elected, and matters of finance and other things were dealt with. 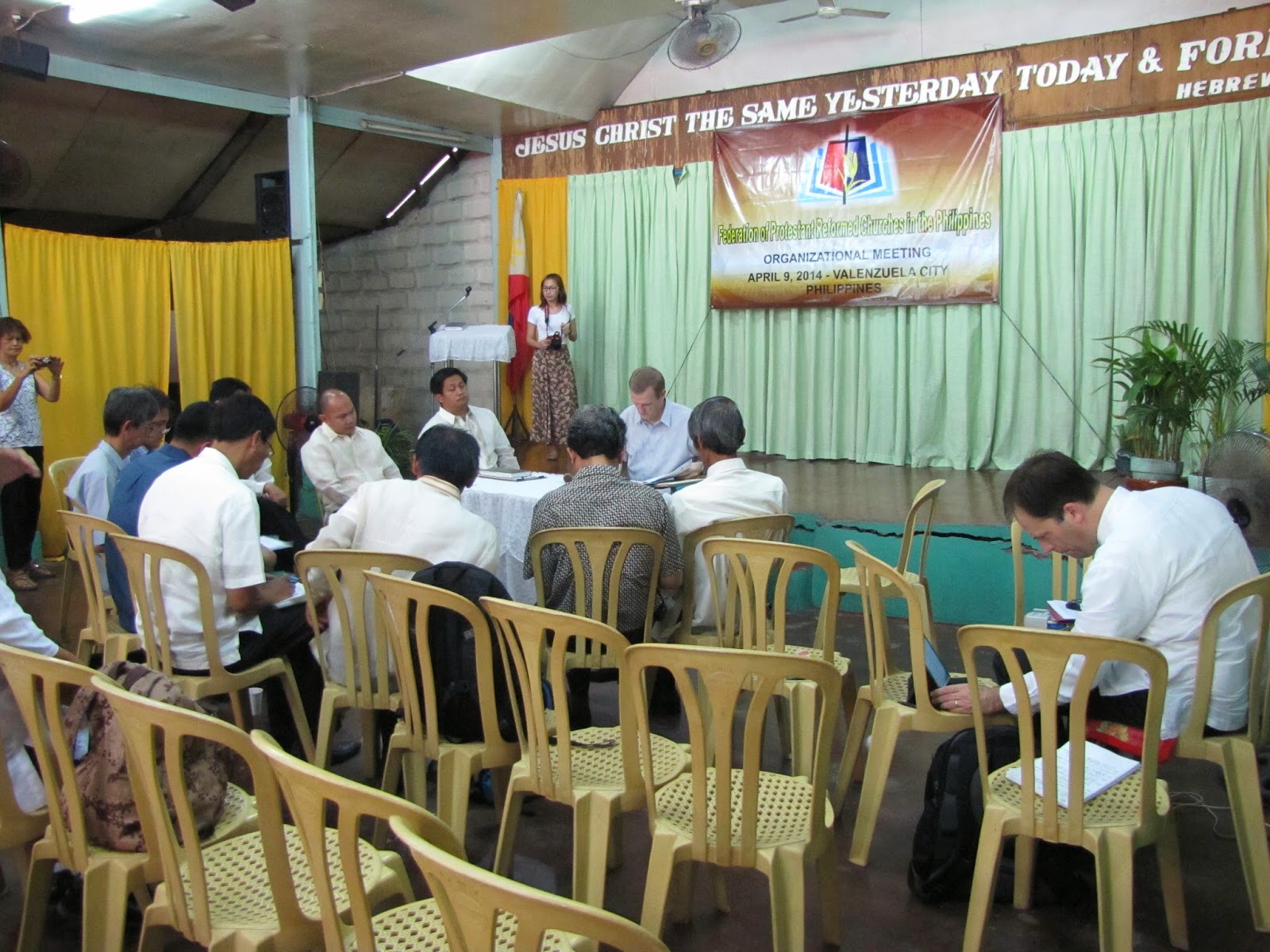 And of course, there was also time for some picture taking. 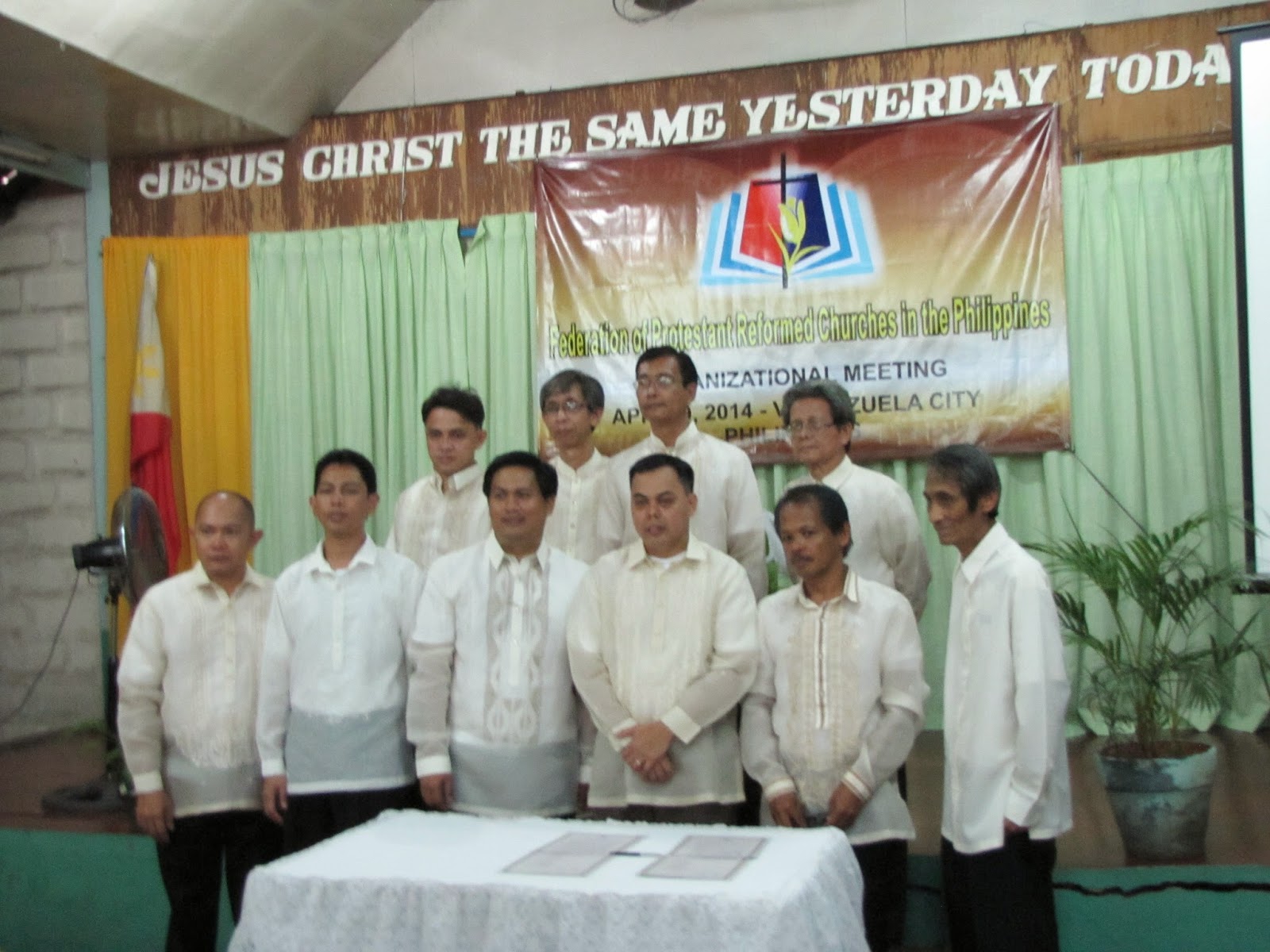 The members of the two consistories. 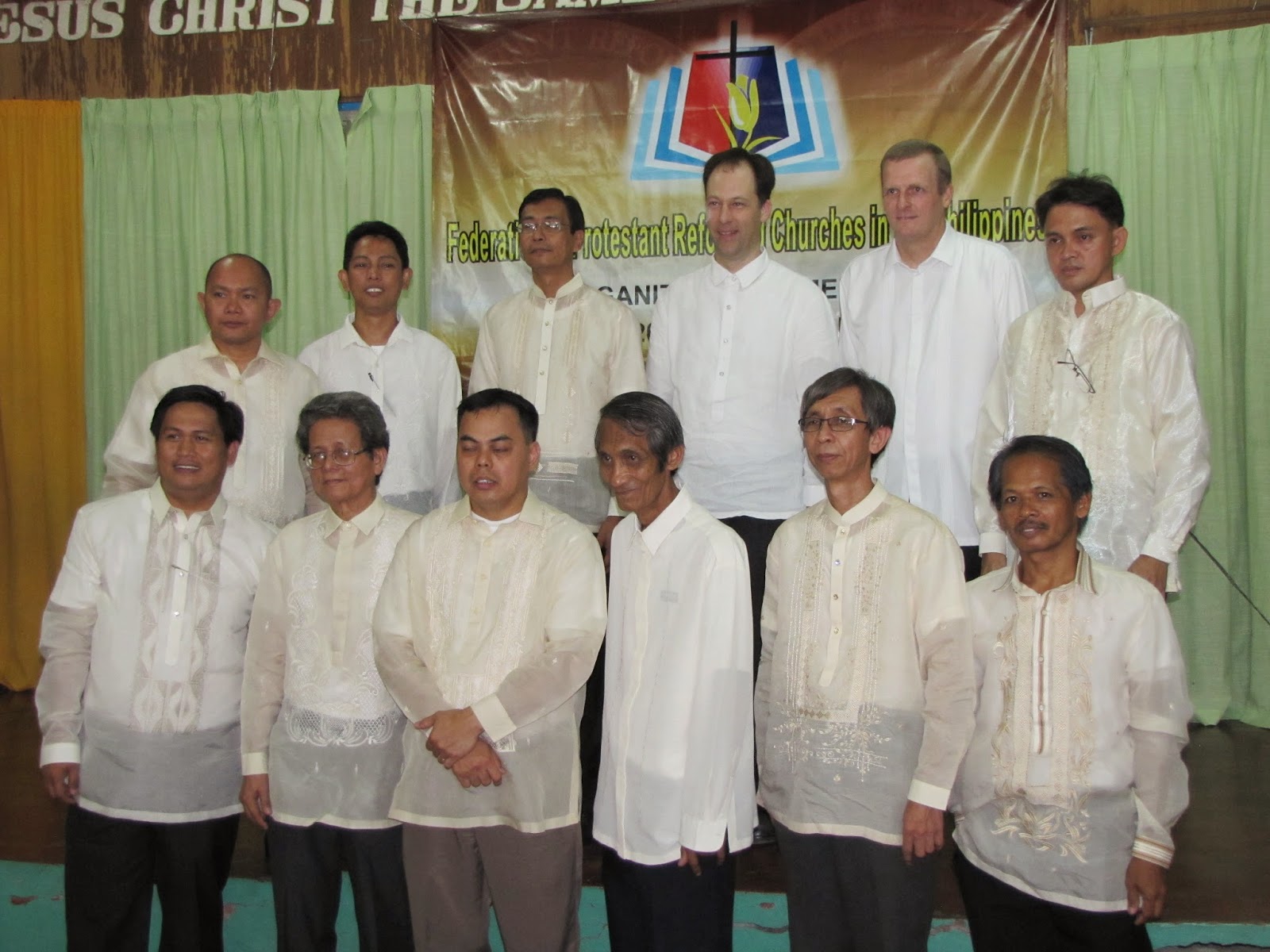 Members of Classis with the two missionaries.

How good and pleasant is the sight,
When brethren make it their delight
To dwell in blessed accord.
Such love is like anointing oil,
That consecrates for holy toil,
The servants of the Lord.


We are thankful to God, for His sovereign work in bringing these two churches together, united in true faith as summarized in the Three Forms of Unity.  May His blessing continue to rest on this denomination with a view to the gathering of His precious church, the coming of Christ, and the glory of His holy Name.
Sola Deo Gloria!

To Receive Emails of Posts: